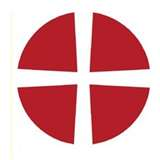 The Methodist Church in Silsden can trace its roots back to 1820 when John Flesher led the first service outside his house, on St John Street overlooking Silsden Beck. The second service was held inside the house and as numbers grew, regular services were held in a barn at the back!

The church continued to grow and at Easter 1871, celebrated the opening of a new chapel on Kirkgate; this was the last time an ailing John Flesher was seen in public. In 1880 a Sunday school and caretaker’s house were added, creating a much admired home for church activities. The church has continued to adapt to change and in 1974 the chapel was demolished and activities moved into the Sunday school. Sadly these buildings also became old and too expensive to maintain.

In 2003 the church trustees commissioned a Feasibility Study to look at future options for the church, having regard to the needs of its user groups and the findings of the 2001 Silsden town survey. The study concluded that a new building, accessible to people of all abilities would be the preferred way forward.

Various schemes were considered and in 2007 a planning application was submitted to build a new church on the site of the original 1871 chapel. Planning permission was granted in November 2008 and construction started in October 2009. The new building, costing over £800,000 was completed in August 2010.

The new building has level access from Kirkgate and a wide outside door that opens automatically. The entrance lobby leads into a large and comfortable foyer with tables, chairs and a kitchen servery.


incorporates a glazed cross, illuminated from within and visible from Kirkgate. Two specially designed rooftop light boxes create an external feature and along with rooflights, ensure plentiful natural light enters the building.

As the church does not rely on fixed furniture, the worship area can be opened up to create a large activity hall, capable of accommodating 200 people (seated). To the rear there is a separate activity room. In total the new 6,300 sq.ft. premises offer 4 areas suitable for gatherings, and a smaller, private lounge/ meeting room. Storage and other ancillary areas are carefully incorporated into the design.

The building has male and female WCs, plus facilities for the less able and for baby changing. The building is well insulated (floors, walls and roof), lit by low energy lighting and with under floor heating.